Customer matched zone "Locations not covered by your other zones"
View basket “Hickory Wind: The Biography of Gram Parsons” has been added to your basket.

Harry & Me Memories of Harry Nilsson

Over 280 Memories of Harry Nilsson by the fans and musicians that loved him the most.

The first 1,000 copies come with a bonus CD – Harry on Harry – rare recordings from the 60s, 70s and 80s of Harry Nilsson talking about everything from Bertrand Russell to The Beatles.

“Harry & Me is a magical read of beautiful found memories giving a behind-the-scenes tour of the unique talented shy master of song that is Nilsson.”  New York, New Jersey & Beyond

Harry Nilsson was The Beatles’ favourite recording artist but terrified of performing live. Consequently, only a tiny minority of the hundreds of fans and musicians who contributed memories to this collection of stories ever saw him play in front of any kind of audience.

But it’s the songs – “there’s nothing like them” according to Jimmy Webb – and his vocal style – “the supreme singer of any generation” says producer Richard Perry – that keep the love of Harry Nilsson lingering so long after his death aged just 52 in 1994.

The publication of this book of memories coincides with the 50th anniversary of the release of album Nilsson Schmilsson and the smash-hit single ‘Without You’.

Harry & Me started life as anecdotes, tales, stories and adventures related by fans, friends and musicians. But mid-way through the process of gathering the hundreds of interviews and quotes, author and Nilsson fan Neil Watson discovered more than three hours of never-before read interview recordings Harry had made back in the 60s, 70s and 80s.

These very personal reflections by Harry on his career have been transcribed and added to the book and effectively make it Harry & Me… & Harry.

Illustrated with rare and personal photos and memorabilia from the fans, Harry & Me is a beautifully designed treasure trove of the memories of a unique character who left an unforgettable legacy of some of the most life-affecting songs ever recorded.

David Roberts: Before becoming a freelance writer, David Roberts was Editor of the annual Guinness Book of British Hit Singles & Albums and Guinness Rockopedia. In 2006 he was chief content writer and filmmaker for the British Music Experience at London’s o2. He was General Editor for Quintet’s Rock Chronicles encyclopaedia in 2012 before authoring his own guidebooks to music locations, Rock Atlas UK and US, and then the biography Stephen Stills: Change Partners and Rock ‘N’ Roll Fantasy, an oral history of Free and Bad Company.

Neil Watson: Before his debut novel, Muddy Water and follow-up Florida Key, Neil Watson had previously written about motor homes and boats and his epic solo bike-ride across the USA. He has worked in marketing, magazine publishing and even had a spell in the music business. But his lifelong music passion is for the recordings of Harry Nilsson – he maintains that his proudest moment came when he was asked to select the tracks for a Nilsson double CD release. His third novel is a French farce titled Mr.Tap.

Such an interesting, well presented book, beautifully and lovingly researched. A must have for all fans of Harry Nilsson.
-Amazon 5 stars
The book is well-organized, following a mostly chronological order. Quotes from Nilsson and quick fan reviews of his albums and other works are followed by fans and others telling their personal stories.
-Amazon 5 stars
Wonderful book, Harry fans will love it. Informative, entertaining!
-Amazon 5 stars 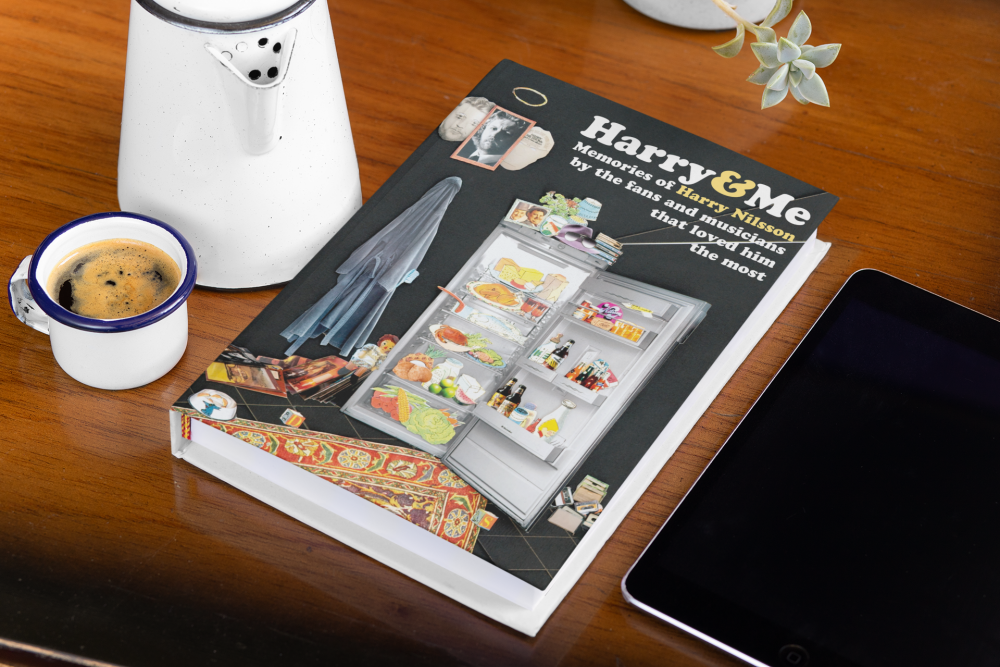